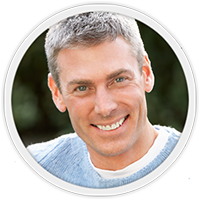 T.S. is a 45-year-old investment banker who developed erectile dysfunction (ED) and decreased libido over a period of several months. Initially, he visited his family physician, who told him he was too young and healthy to be suffering from a serious medical condition, advising him to reduce stress at work and have more “romantic time” with his wife of 10 years. T.S. did his best to follow these recommendations but continued to struggle with ED over the ensuing months, so he made an appointment with a urologist.

There, he was evaluated by a nurse practitioner because the urologist was “too busy” seeing a prostate-cancer patient. The nurse practitioner prescribed Viagra but offered T.S. no specific instructions about how to use it. The medication helped him achieve a good erection some of the time, but his sexual performance remained inconsistent, and his sex drive stayed low. Frustrated, he contacted Obsidian Men’s Health.

After a comprehensive review of his medical history and a physical exam, we were able to identify in T.S. several ED and cardiovascular risk factors including mild obesity, tobacco use and high blood pressure. He mentioned he’d been having some shortness of breath when walking up several flights of stairs at work. Our laboratory analysis revealed that he had high cholesterol and low testosterone levels, two risk factors for heart disease.

Obsidian began an aggressive treatment plan designed to reduce T.S.’s risk, including weight loss and tobacco cessation. We also referred him to a cardiovascular specialist, who diagnosed him with early heart disease. Fortunately, T.S. began treatment before his heart had sustained any serious damage.

We also began testosterone replacement therapy, which helped T.S.’s libido dramatically. He was able to lose more belly fat at the gym, he reported. He had also mentioned that he was occasionally taking his Viagra with food or alcohol; when we informed him that the medication works better on an empty stomach and without alcohol, he began to notice substantial improvements in its efficacy.