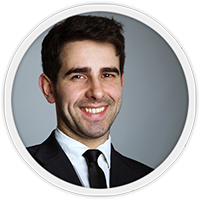 V.C. is a 39-year-old entertainer who developed symptoms congruent with testosterone deficiency, including fatigue, lack of motivation, increased body fat and decreased libido. His long-term personal physician determined that his testosterone levels were quite low, and immediately started testosterone replacement therapy (TRT) using a popular topical gel. V.C. felt significantly better on TRT but found the topical gel quite messy. He asked his doctor about alternatives such as injections and was told that injectable testosterone was dangerous.

V.C. then paid a visit to Obsidian Men’s Health. We obtained his comprehensive medical history, discovering that he and his wife were struggling to have another child. Understanding that exogenous testosterone causes severe and often permanent reductions in sperm production, we ceased his TRT at once, then took additional tests including measurement of a pituitary hormone called prolactin. Elevated levels of prolactin often stem from benign brain tumors, which can cause severe testosterone deficiency — which an MRI determined to be the case with V.C.

He was then treated for his pituitary tumor with a drug called cabergoline, which reduces prolactin levels. This led to an increase in testosterone, but V.C.’s levels were still in the “low normal” range, and he didn’t feel as good, he noted, as when he was using the topical gel. We prescribed human chorionic gonadatropin to boost his testosterone levels without affecting sperm production, a solution of which he was previously unaware. After using HCG for three months, V.C. saw his testosterone levels increase substantially, as did his vigor. His sperm counts recovered completely.