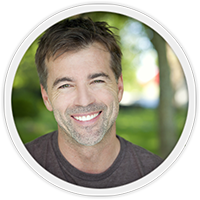 A.R., 48, is a sports agent who developed penile curvature and erectile dysfunction after accidentally bending his penis during sexual intercourse. The curvature was causing his partner pain, and A.R. would lose his erection quickly each time. After six months, A.R. mustered the courage to see his general physician, who pleaded ignorance and referred him to a urologist. The urologist immediately suggested penile-implant surgery.

Because he was given no other options by his urologist, A.R. decided to get a second opinion at Obsidian. Our tests, based on penile Doppler studies, revealed low testosterone levels and poor arterial blood flow. We began testosterone replacement and penile injection therapy, which resulted in excellent erections — yet the curvature was still causing some pain during intercourse. We prescribed a combination of oral therapy and intra-lesional injections, and over a period of six months, A.R.’s curvature improved to the point where neither he nor his partner experienced any pain. His erections continued to be excellent, and their sex life was fully restored without life-changing implant surgery.