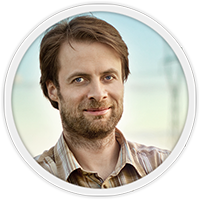 V.T. is a 33-year-old police officer who, for six months, lost the ability to ejaculate. His erections remained normal, so his family doctor suggested he see a psychologist. V.T. decided to visit Obsidian when the psychologist unearthed no underlying probable cause for his problem.

Our lab testing revealed that V.T. had undiagnosed diabetes, a known cause of anejaculation. We referred him to an endocrinologist, who began aggressive treatment of his diabetes. Unfortunately, anejaculation secondary to diabetes will usually persist despite appropriate blood-sugar management, and V.T. and his wife wanted another child. His wife’s obstetrician suggested vibratory stimulation to obtain semen for assisted reproduction. Obsidian, however, recommended a simple over-the-counter medication that improved V.T.’s anejaculation to the point where he and his wife were able to conceive naturally.