IN NEED OF PERMANENT BIRTH CONTROL 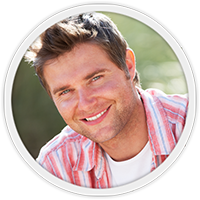 K.S. is a 34-year-old business owner whose wife had just given birth to their third child. Content with three kids, K.S. and his wife began considering permanent birth control. A vasectomy, they concluded, was the safest and most effective option, so K.S. asked his primary-care physician for a urologist referral.

K.S. and his wife came prepared with questions. K.S. was concerned about the discomfort of the procedure, as well as the possibility of missing work to recuperate. His urologist told him not to worry — a vasectomy, he said, was less painful than giving birth, and his wife had been able to tolerate that. As far as missing work, the urologist told K.S. he performed vasectomies only on Mondays and Tuesdays, so he’d indeed need to take a day or two off to recover.

Unhappy with this experience, K.S. and his wife made an appointment with Obsidian. One of our surgeons spent more than an hour with them, discussing in detail the procedure, the surgeon’s experience (more than 3,000 vasectomies performed) and complication rate. When K.S. described his wariness about discomfort, we offered him several options to render the procedure nearly pain-free: topical anesthesia, no-needle Madajet use and even in-office sedation. We also offered to do the procedure on a Friday evening or Saturday morning.

K.S. then underwent an uncomplicated vasectomy, experiencing no pain during or after. He recovered in the Obsidian post-vasectomy suite for 30 minutes, during which the surgeon answered all of his postoperative questions. K.S. required no pain medication whatsoever — he was at home watching football all weekend, was back at work Monday morning and was able to have sex with his wife Monday evening.

Why the Obsidian Vasectomy?

There are many reasons to chose the Obsidian Painless Vasectomy over your local urologist or surgery center. Here are just a few.