Dr. Geib is a urologist certified by the American Board of Urology. He earned his medical degree with honors from the University of Missouri and completed a residency in urology at The George Washington University in Washington, DC, during which he received the Pfizer Award. He is also a two-time first prize winner at the Washington Urologic Society.

Formerly an attending urologist at INOVA Fairfax Hospital and INOVA Fair Oaks Hospital in northern Virginia, he is now an Assistant Clinical Professor of Urology at The George Washington University and a member of the American Urologic Association. Dr Geib has performed more than 3,000 vasectomies and has over a decade of experience diagnosing and treating men’s sexual health. He has traveled the globe to attend to his clients, who include world leaders and foreign dignitaries. He and his wife have three children; in his spare time, he enjoys traveling, tennis and driving sports cars. 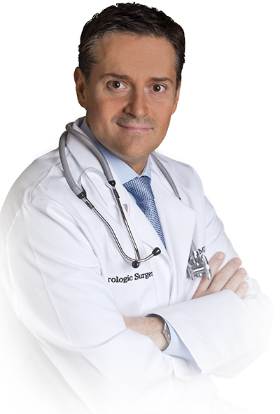 We're the experts in Men's Health and Men's Sexual Health. Learn more about the conditions we treat.

Obsidian Men’s Health is a boutique medical practice that focuses solely on men’s health and well-being.

THE OBSIDIAN EXPERIENCE
REQUEST A CONSULTATION

We'll be happy to meet with you to address your needs or concerns. Click below to fill out a consultation request form.